I have been upgraded. 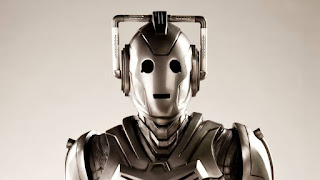 I’ve had an old flip-phone for the last few years.  I don’t remember how long, really.  At least since 2010, since that’s where all of the entries in my Contacts list came from.  If you called me in the summer of 2010, I have your number.  Of course few of those numbers remain the same anymore, and at least one person on that list passed away years ago.  So it’s been a while.

But the phone did everything I wanted a cell phone to do, such as:

Other than that, I really didn’t need it to do anything.  I already had a camera.  I can waste hours surfing the internet at home on my desktop computer.  I have no interest in paying for things by swiping my phone at a gizmo, given the inherent security risks of such things.  I was good.

Except that my family insists that I text.

Texting with a flip-phone is kind of like writing a book by carving words into granite blocks with a chisel.  It can be done, but it’s not really convenient.  Nevertheless, texting is the only way most people use their phones anymore, so I was forced to comply.

It’s utterly astonishing how ten or fifteen text messages spaced out over a quarter hour can often save you the inconvenience and bother of a two-minute phone call.  Such is progress.

Recently it was decided that I needed a new phone, one that would do everything up to and including land the space shuttle, and also text.  Phone calls optional.  So sometime this summer, one came in the mail.

Except that I still had a lot of money left on my flip-phone.  I had one of those plans where you stock it up with money every so often and they charge you an exorbitant fee every time you use it – in my case, twenty cents/minute for both incoming and outgoing calls, and about that much for each text.  I usually went through about $40 a year, which should give you some idea of how useful cell phones are to me.

Having just re-upped, we figured I should burn some of that off before I switched over.

And now it’s November, and the switch has been made.  I’m sure my old phone company is thrilled, since they stopped offering my plan sometime in 2012 and have had to carry me along as a grandfathered-in customer ever since.

On the plus side, it’s a nice phone as these things go.  It seems to make phone calls most of the time, though not all of the time – I still haven’t figured out what the dividing line is.  And it has room for a micro-SD card, so now it has more memory than I do.  And it is a whole lot easier to type on the thing, on the off chance that I actually did manage to send a text message this morning.

On the other hand, it’s not really a phone.  It’s a small computer that, if you insist, will grudgingly make phone calls for you.  It has a user manual that I downloaded (onto my desktop – no way was I going to try to download it onto the very phone I needed the manual to figure out) that runs to about a hundred pages, more or less.  If I printed it out it would probably weigh more than the phone, though I’m not sure about that – flip-phones are very light, but this new one feels like it weighs more than my head.  And it’s big, which means I have to figure out how to carry it.  I can’t just slip it in my pocket with my car keys the way Paul Simon taught me to do with my flip-phone.  That’s already meant missing texts that were headed my way and landed on my desk at home.

Those things I can figure out, given time.  I’m not worried about those, really.

What bothers me is that it is anchored in the Google world and therefore wants me to make use of all these Google products that I have no use for.  It wants my Google+ information, for example.  I have no idea why.  I don’t even want my Google+ information.  I got an account about four years ago when Facebook did one of its periodic “let’s annoy the hell out of all our users in an attempt to monetize this turkey” moves, but have never actually figured out how it works.  There’s something about circles in circles, wheels in wheels, and that’s just too much like real life for me.  It also wants me to have a Gmail account, which I steadfastly refuse to do just because Gmail irritates me.

Sweet dancing monkeys on a stick, folks, all I want to do is make phone calls and, under duress, text to my family.  I neither need nor desire to be further immersed in the Googleplex.

But here it is.  The number has been ported over.  The old phone is dead.  It’s time to figure out how this works or doesn’t.

Oh my, I thought I was the last flip-phone holdout. About 2 months ago my sister couldn't stand it any longer and got me a nice little LG Power Android with triple minutes/text/data for life (I'm on Tracfone). I never thought I'd like one of these things, but I have been pleasantly surprised. I still never text or go online on the thing, but I can if I want to.

One nice surprise was that as long as I'm home and on wifi I can go online without chewing up my data. I also rammed a 32 Gig micro card in the phone and can upload tons of videos and music, although I must admit I tend to enjoy watching videos on a screen larger than a credit card.

What kills me is how complicated this whole process is. Do you need GSM or CDMA or LTE? Is your service through Sprint or Verizon or whoever? If you get a 3G phone, like mine, how long is that service going to be available in your area since most places are changing their towers to 4G? JUST GIVE ME A STINKING PHONE I CAN RELY ON WHEN I NEED IT. Ahem, sorry.

Anyway, welcome to the world of the future. I'm sure our promised jetpacks are just around the corner (:

My wife switched to a smartphone a few months ago. She is now a full-fledged member of always-connected community, doing anything and everything on her shiny iPhone that she had been swearing off for years while operating a flip-phone. I suspect you'll trace a similar trajectory. Give it time...

GM - there are a lot of us flip-phone-fogies about, I find. I'm sure I can now do a great many things that I couldn't do before, though as you pointed out the question is whether I want to do them or not. Kim handles all the details about what phone/services/provider/features, because she knows that if it were left to me I'd end up buying one made of wood that required me to tap out rhythms in Morse Code.

> I have no interest in paying for things by swiping my phone at a gizmo, given the inherent security risks of such things

I'm a security professional. You may wish to know that Apple Pay and Android Pay (née Google Wallet) are actually quite a bit safer than using your card, for nuanced reasons that would likely bore you.

I'm willing to say you're right about that, Darren - at least as far as the idea of security from point of transaction forward goes. But given how often I leave my cell phone in random places for days at a time - something I don't do with my credit/debit cards - it's probably a bad security risk for someone like me.

I am fully immersed. All of my data is stored on the internet. I could throw all of my devices in the Rock River and instead, go to the library where my extensive and complete digital life would still be waiting for me. My filing cabinet, address book, calendar, email, school, kid's drawings, awards - I scan everything that is important, and recycle the paper. All of our family photos since 2003 are digital - actually, everything is pretty much public on my Google plus account, if you want to go see pictures of our cats. I also admit to paying for some things with my phone. All of this is relatively recent, I will add - only the last year and a half or so have I used the calendar in my phone. If my phone doesn't tell me to do it, it doesn't get done.

I just can't get into the cloud for storing anything important. I don't mind backing things up that way, but as a historian and an archivist the idea of trusting important documents to a third-party source, especially one that goes bankrupt as often as tech companies do or changes the terms of agreement as often as they do, just doesn't work for me. While I have been scanning a great many of my documents recently (especially family photos from before the digital age), I always have local backups and paper copies.

On the other hand, Facebook has been an invaluable tool for remembering friends' birthdays.

When my Grandmother was living with us, and taking her to her pretty much weekly doctor appointments was split between three of us, my google calendar became indispensable, and I've loved it since then. I can put appointments on Michael's calendar, and when my friends and I have our twice a week lunch get together, we can immediately schedule the next lunch. And if we need to reschedule--also easy.

The other thing I love is the email reminders that come from the calendar. WARNING! A SMALL PERSON IS HAVING A BIRTHDAY IN THREE WEEKS! GET A GIFT! GET A GIFT!

No more turning the calendar and cursing because I won't get a gift there in time.

On the other hand, I rarely use my phone for talking. But that's because I really really hate talking on the phone.

Clearly the smart phone is right up your alley! I'm glad it's up someone's alley, anyway. :)

Also: I'm a geek who likes technology and doesn't like interacting with people outside of work. So, I'm a terrible example.

It could be that the purpose of your life is only to serve as a warning to others.

I've been told that, though usually for other reasons. ;)