Get in the Flivver and Head Into Town

So this past weekend I was a gangster.

Not a “gangsta.”  Gangstas are hip young men with too many gold chains and not enough taste in popular music, and they make me feel even older than I am.  Get off my lawn, you kids!  No, not those people.  Gangsters were serious men in serious suits with serious hats, men who may or may not know anything about popular music but who were very good at bootleg liquor.

I had to impersonate one of these down at the local library.

I’m not entirely sure whether my hat was serious or not and I am confident that my suit was nowhere near up to that level of sobriety, but I did my best.  I had spats!  And a cigar that I bought specifically for the occasion and used as a pointer during conversations.  That has to count for something.

I’m not entirely sure how I ended up doing this.  I do not have time for such things, especially not this semester when I am teaching more than full time for three (or four, depending on how you count) campuses in two university systems as well as all the rest of the things I usually do.  Plus, in my three-plus decades in theater I have generally stuck to backstage roles – lighting, mostly, though I served my time in set construction and for one memorable show I ended up in charge of publicity, which meant designing the program.  There’s a reason I was never asked to do that again, and that reason is that other people do not have a sense of humor.  But here I was, front of house, because they asked nicely and it seemed like a good thing to do.

That’s how theater works, really.  Nobody ever really has time for it.  You just do it. 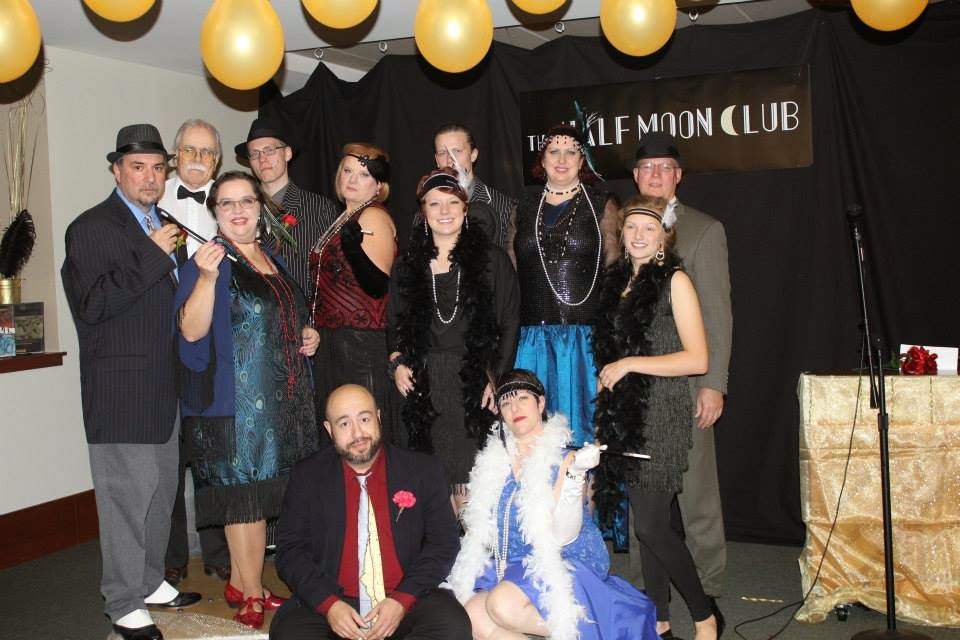 My role was to play Lucky Coleman, speakeasy owner, dashing man about town, and doomed head of the local mob – a bootleg king about to be dethroned by the new gang in town.  This meant that I spent the entire evening in character, speaking as I imagined a 1920s-era gangster would speak.  This, it turns out, is more or less a vaguely Yiddish-inflected version of my Great Aunt Josephine.  I am not sure she would have approved of that.  I am even less sure that anyone named “Coleman” would speak in that particular cadence.  But there it is.  Such is my muse.  Such is my art.

Kim was my moll.  We got to have a serious row, which is not something we have much practice in doing.  The hardest part was keeping a straight face, since – among other things – I have never been able to memorize anything very well so it was all I could do to keep to the gist of my lines and this meant a certain amount of ad-libbing, which in turn meant a certain amount of sarcasm.  Sarcasm is just one of the many services I offer.

The unfortunate deceased was one of Lucky’s employees, with whom Lucky may or may not have been carrying on.  Thus the row with Kim.  I imagine, given the general gist of the plot, that had there been a sequel it would have been Lucky’s turn to be the next victim and for this reason I am glad that we only ran one night.

It was a fundraiser, one of those Murder Mystery Parties that people do these days.  You set things up, mingle a bit in character, have a few expository scenes to get some information across to the guests – I was in two of the three, actually, including the row, which is one of those words that cannot be repeated often enough, apparently – and eventually the “crime” gets committed and then the audience has to figure out whodunit by questioning you.

I must have done a good job of deflecting interest and casting guilt onto others, as only two people decided that I was the murderer.  Of course, some of that might also have been due to the fact that I was never out of sight the entire evening, but as I explained to those who asked, “I got people for that sort of thing now,” so it might still have been me.

Well, it could have. 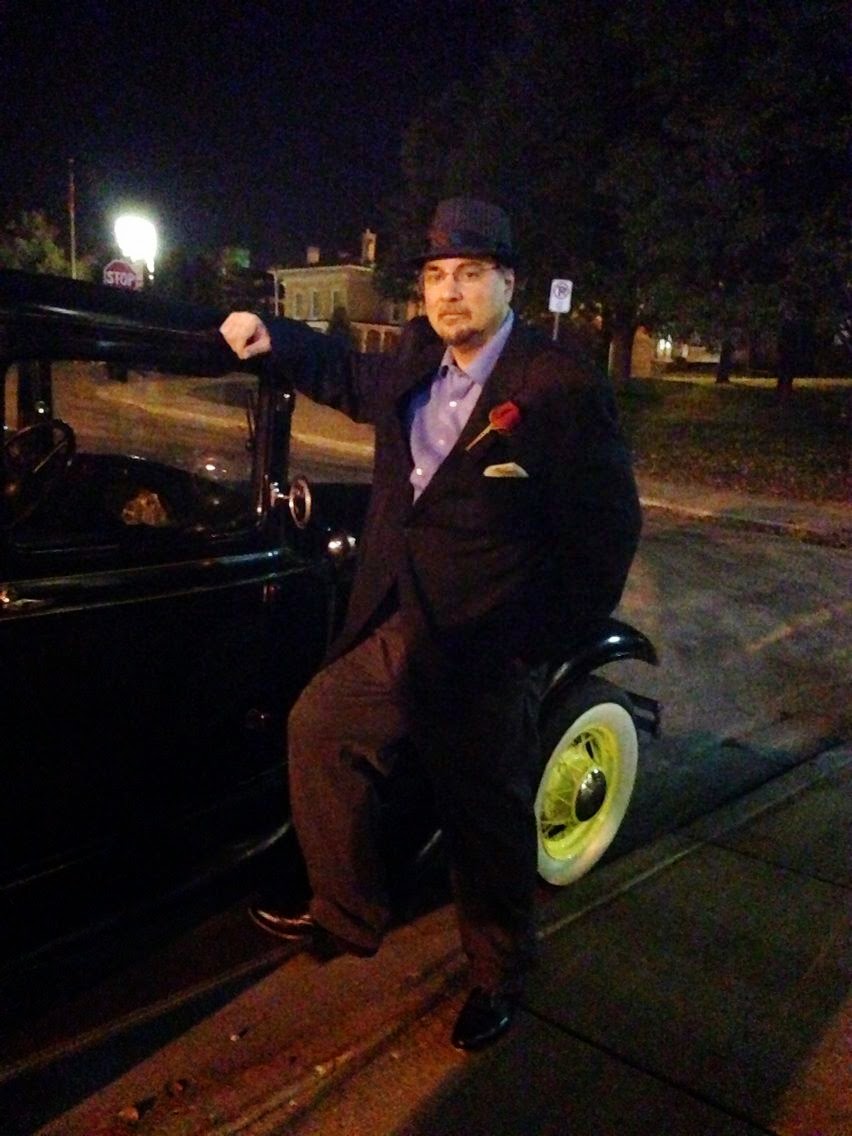 Coleman could have been an Anglicization of Kohlmann. Then the Yiddish would have fit right in with Murder, Inc.

You could have said "Meyer has sent me a few people for that sort of thing..."

You know, that makes a certain amount of sense now that you put it that way. :)