We didn’t do a whole lot with the Fair this year.

Tabitha’s not part of it anymore.  You can technically remain in 4H during your first year of college, but most people don’t do that.  They’ve moved on to other concerns by that point, and unless you’re going to school close enough to make the meetings during the year there’s not much point to it.  She was happy to move on, I think.  She enjoyed her time in 4H, but all good things must come to an end.

Lauren is still a member and she still regards the Fair as the best week of the year, but again – she’s reached a point where she has other concerns as well that impinge on that.  Plus I suspect she’s won as many blue ribbons and trophies as she feels she needs to win by this point.  Her Fair projects tend to have the air of “admissions tickets” these days – they are things she does because that will let her wear the Exhibitor wristband and get in as often as she likes without paying admission, but she’s not really shooting for championships anymore.  It’s just for fun now.

She had chickens this year – five of them – and two turkeys, who were a bit smaller than usual because of the late start we got on them after the Great Mortality of the first batch.  Only one rabbit though – Keaton has taken over the late and lamented Milkshake’s role as the One-Eyed Rabbit in our herd and thus is excused from Fair duty, so it was just Miley this time around. 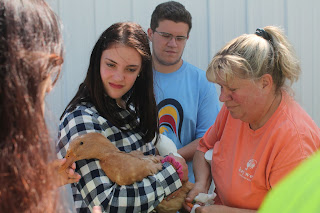 That’s not Lauren's duck.  But there was a break in the chicken action, and she was helping out a friend.  The Fair is neighborly that way.

She did make homemade soap from scratch for her other project – none of this “melt and pour” nonsense that you so often see, but actual cold-process soap that started out as three different oils, distilled water, and lye.  She made two different kinds and displayed them in a bowl that Tabitha had made in her ceramics class a while back.

There were no blue ribbons this year.  A bunch of reds.  A few whites.  I thought they shortchanged the soap, to be honest – the perils of judging that’s not face to face, since you can’t explain to them that this really was not made from a kit – but there you go.  Miley probably would have gotten a blue if she had bothered to pose for the judge, but every time the judge went to shape her up into the proper stance she just melted like warm chocolate.

Not that this bothered Lauren much.  She was at the Fair pretty much every spare moment she had and enjoyed it immensely.

We went as spectators this year, for the most part.

One evening we went with Fran and Sierra, since Fran had not been to one of these things and really what’s more American than the County Fair?  They even had a new flaming juggler this year, which was a nice touch really. 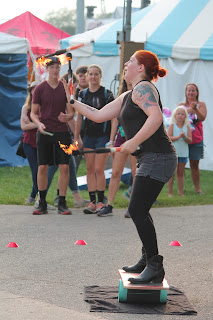 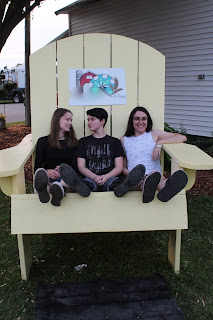 And the first full day that Richard, Magnus, and Ginny were here from England Kim and I had work obligations we couldn’t shake so we took them to the Fair and let them hang out for a bit until we could catch up with them there.

We introduced them to the Fair’s version of lemonade, which is very different from the one you get in England (it’s a carbonated drink there, at least in my experience) but which is, after all, one of the best parts of the entire Fair. 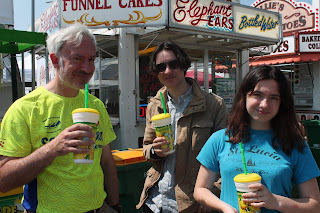 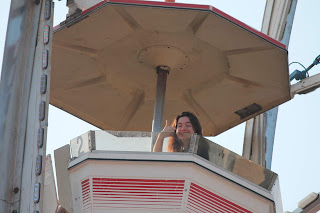 And of course, there were the bumper cars, which are just the thing for people at or near the age when they get driver’s licenses. 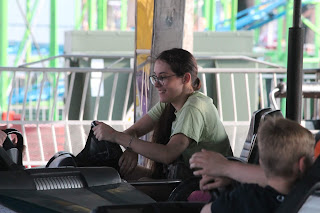 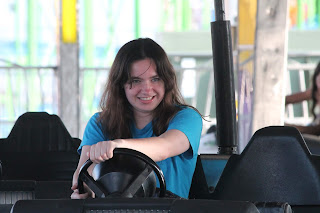 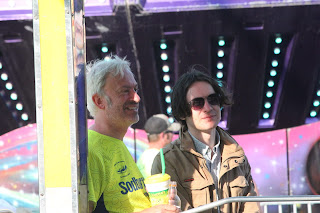 Loading out the Fair was the usual confusion of livestock, projects, and parking issues, though with far fewer of the projects than in years past and this year the nearby church didn’t charge me to park with only 7 minutes remaining in the Fair, which was nice of them.  Lauren and I loaded up the chickens and the turkeys and the rabbit and the soap and distributed them to their various places, and then another Fair was in the books.

"Old-fashioned lemonade" is a sweeter, carbonated version of US lemonade. US lemonade doesn't really exist there but might be described as 'fresh-squeezed lemonade.' I still miss citrôn pressés.

I have run into the "old fashioned lemonade" in the UK - the carbonated lemon soda that was tasty but a bit of a shock the first time, I'll admit.

In my visits to the UK I haven't run into anyone using "lemonade" the way American southerners use "Coke," to describe any sweetened carbonated beverage that would otherwise be called "soda" or "pop." Is that a regional thing, a generational thing, or have I just been clueless?

The lemonade at the Fair is the best. They squeeze it right there in front of you, as you order, and they toss the lemon in afterward just in case there's any juice left that they missed. Add cold water and probably more sugar than you need (hey - it's the Fair; if you wanted nutrition you should have stayed home) and there it is: liquid perfection.