We rang in the New Year in New York, which is one of those things that you should do in your life if you can.

We didn’t go to Times Square, however. We’re not stupid.  Hanging out with several hundred thousand people in a confined space with vast quantities of alcohol and rather more limited quantities of available facilities with indoor plumbing, all while being serenaded by b-list celebrities and monitored by more security than con man in a Vegas casino is really not our style.  But we had a good time nonetheless.  We're canny that way.

We left Philadelphia on the 30th and drove up through New Jersey, which is even more of a throughway than Ohio.  Even their state quarter design depicts someone leaving the place, after all.  The traffic was surprisingly easy until we got through the Lincoln Tunnel and into Manhattan, whereupon it turned into the usual Darwinian slugfest complicated by the Escheresque maneuverings of the delivery trucks with their New Year's loads.  But we found my brother’s apartment with no real troubles, unloaded our stuff, deposited the car in the handy adjacent garage that only cost one limb per parking day, and then headed out.

Because there were people to meet!

One of the nice things about being the Performing Arts Guy down at Home Campus is that I meet a lot of interesting people.  I’ve signed Joshua to perform there twice, two different shows, and both times we had good crowds and vastly entertaining evenings (so hire him if you’re looking for a great act!  Ask me how!).  Somehow in the process we became real friends and not just coworkers.  He lives in New York and he invited us to come visit the next time we were there.

Joshua and his lovely family live in an apartment that has more arts-related objects per square foot than anyplace I’ve ever been, including actual theaters, and we had a grand time looking at them and sharing a tasty home-cooked meal with his family. 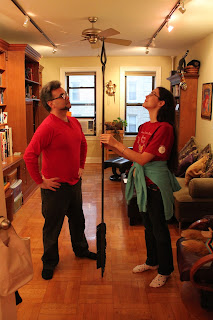 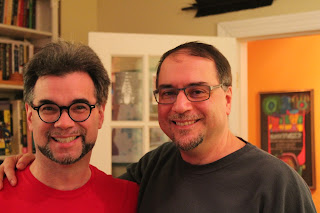 And then we went downtown to see an off-Broadway show.  Because it’s New York, and you should see a show in New York, especially if you can do so with good people.  That’s what New York is there for.  Well, that and reminding us that yes people actually can live full lives in apartments that small - it forces you out into the community, which is good.  We made a stop at the science fiction store before the show, because it turns out we all have that nerdhood in common – Tabitha came out with more D&D dice, which pleased her no end – and that is just one more reason we’re friends.

If you’ve never seen The 39 Steps, you should.  It’s one of those old-fashioned rapid-fire farces that reward good comic acting, and the cast we saw was just spot on.  After the show one of the actors even came outside and let us take a picture with him, which was very gracious. 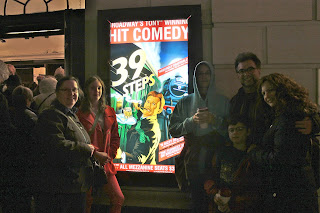 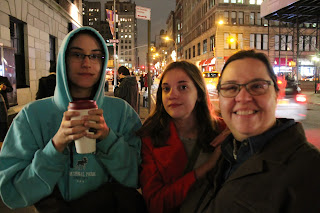 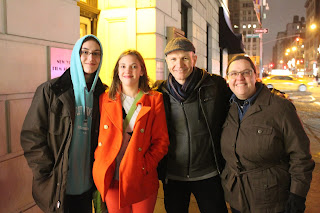 Joshua and his family went home after the show, and we met up with my cousin Chris, who lives near that particular theater.  There was food!  There were drinks!  There was conversation! 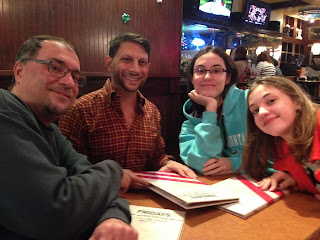 It was a very nice night all around.

The next morning we were back on the subway (we got to be pretty good at the subway, which is another thing you should do in New York – it’s certainly an experience you’re not going to get in Wisconsin, anyway) and went to visit Ellen and Rob up in Yonkers.

There was food, conversation, and general good times, which is a lovely way to spend time, really. 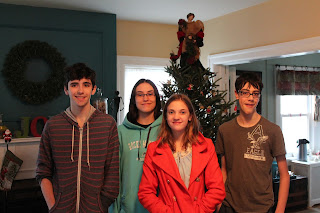 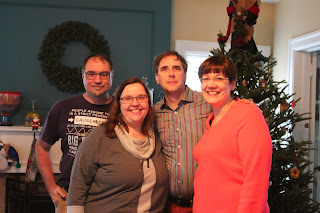 Meanwhile back at my brother’s apartment, there were videogames and snacks awaiting us.

I’ve never been much of a videogame person, really.  Not sure why – they’re interesting, and people seem to enjoy them – but I tend to leave them to others.  This is why, not long after we got back, I was just about the only one not digitally careening after Mario, trying to take him out with a well-placed boot to the head while he ran around a multi-colored island of some kind.  It made more sense when I was watching it than my description of it, I assure you.  Most things do. 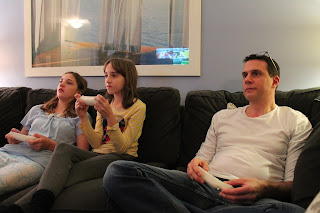 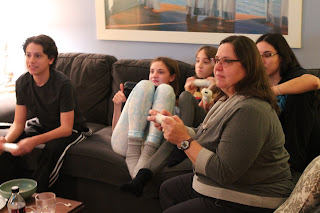 This continued until it was time to go to dinner.

We got back on the subway and headed down to Little Italy.  The subway doesn’t stop there – at least the one we took didn’t – but that was part of the plan, since it meant we could walk through the neighborhood (and adjacent Chinatown) and see the place.

I think everyone should be required to live in a big city like New York for a year, just to understand how many people there are in this world who don’t think or look exactly like them.  It would be healthy for the nation’s politics, really.  We strolled through the crowded blocks, gaping like the tourists we were (well, my family did – my brother’s family live there, so they’re used to it) and taking it all in. 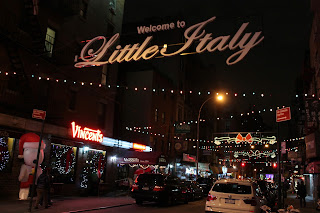 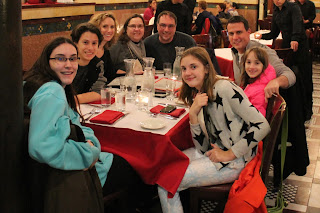 For our New Year’s celebration we went back to the apartment and watched Doctor Who, because that’s how we roll.  Eventually it got close to midnight and we switched over to watching the Times Square celebrations (secure in the fact that we had our own plumbing right there in the apartment with us) until the ball dropped, whereupon we listened to the pounding rumble of the fireworks and tried to grasp the fact that it was now 2016 and we’d be writing that incorrectly until at least March. 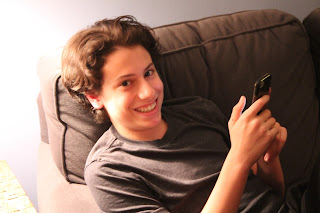 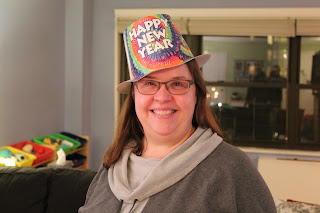 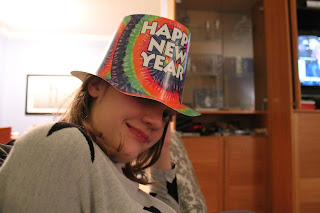