So apparently Pumpkin Spice Oreos are a thing.

They’re not a bad thing, it must be said.  They taste pretty much like the kind of spice cookies that were standard around this time of year, once upon a time, even if they do have “creme" in the middle.  But you can’t call things “spice” anymore.  It has to be “pumpkin spice,” as if it was poured out of a latte mug and into your cookie batter.  There are pumpkin spice everythings these days, so I suppose Pumpkin Spice Oreos are reasonable by that standard.

Life is so much easier when you set your standards low.

The Pumpkin Spice Oreos were voted number one among the weird Oreo flavors yesterday by Lauren and her friends, beating out Peanut Butter, Birthday Cake, and Limeade (which I admit I rather liked as it reminded me of those old summer cookies that you used to get – the shortbread ones with the powdered sugar/lime flavoring on top).

Yesterday was Lauren’s birthday party, the official celebration of the fact that she turned twelve on Halloween.  It was the usual mayhem and merriment, a festival of not-quite-planning and good times. 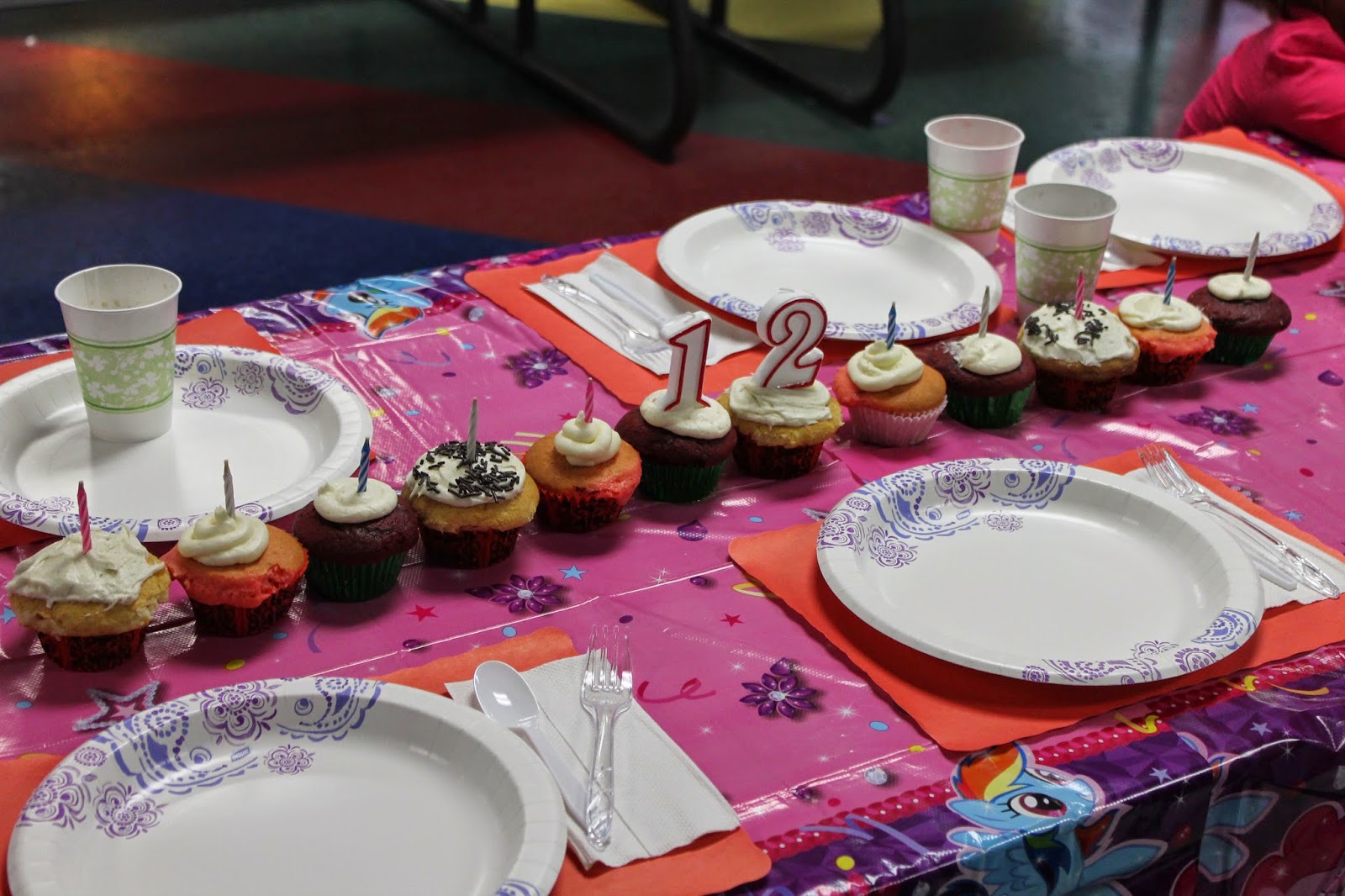 For the second year running she chose to have her party down at the roller rink in the next town over, since there isn’t one here in Our Little Town anymore.  She invited her group of friends – the Five Musketeers, as I tend to call them – and most of them met us here in the morning.  One of the joys of the new minivan is that we can take them all down in one vehicle. 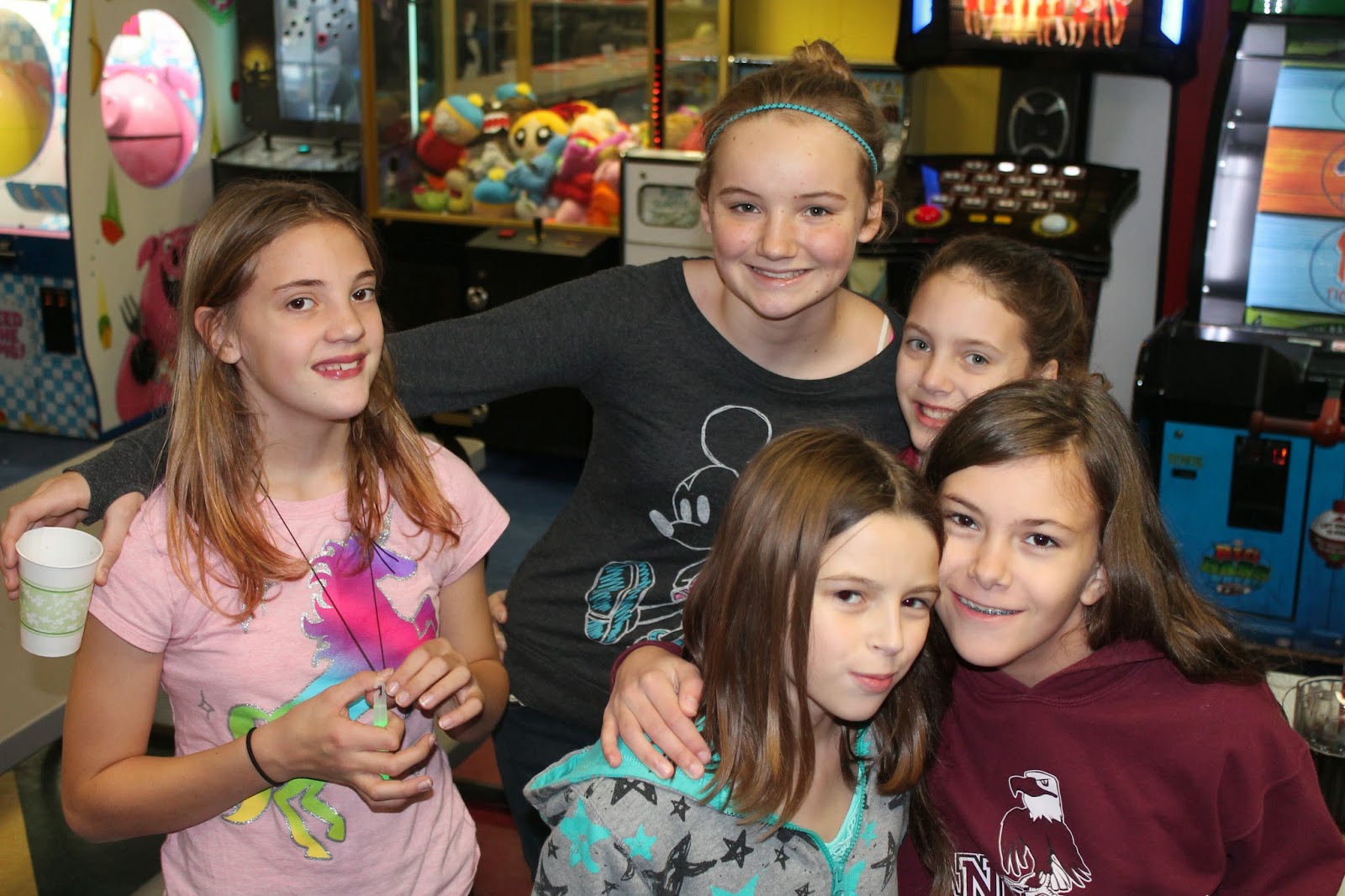 Of course, it wasn’t just one vehicle going.  Grandma and Grandpa brought down some of the younger cousins for the party, and since this was also the first weekend of curling I ended up bringing Tabitha and her friend down slightly later.  So there were three vehicles.  But still.

There was a fair amount of roller skating, which was good.  That’s what they were there for.  None of it showed up well in any of the pictures I took, but then that happens.  Then there was pizza, and a fair assault on the multitudinous cupcakes that Kim made that morning.  And presents, lots of presents. 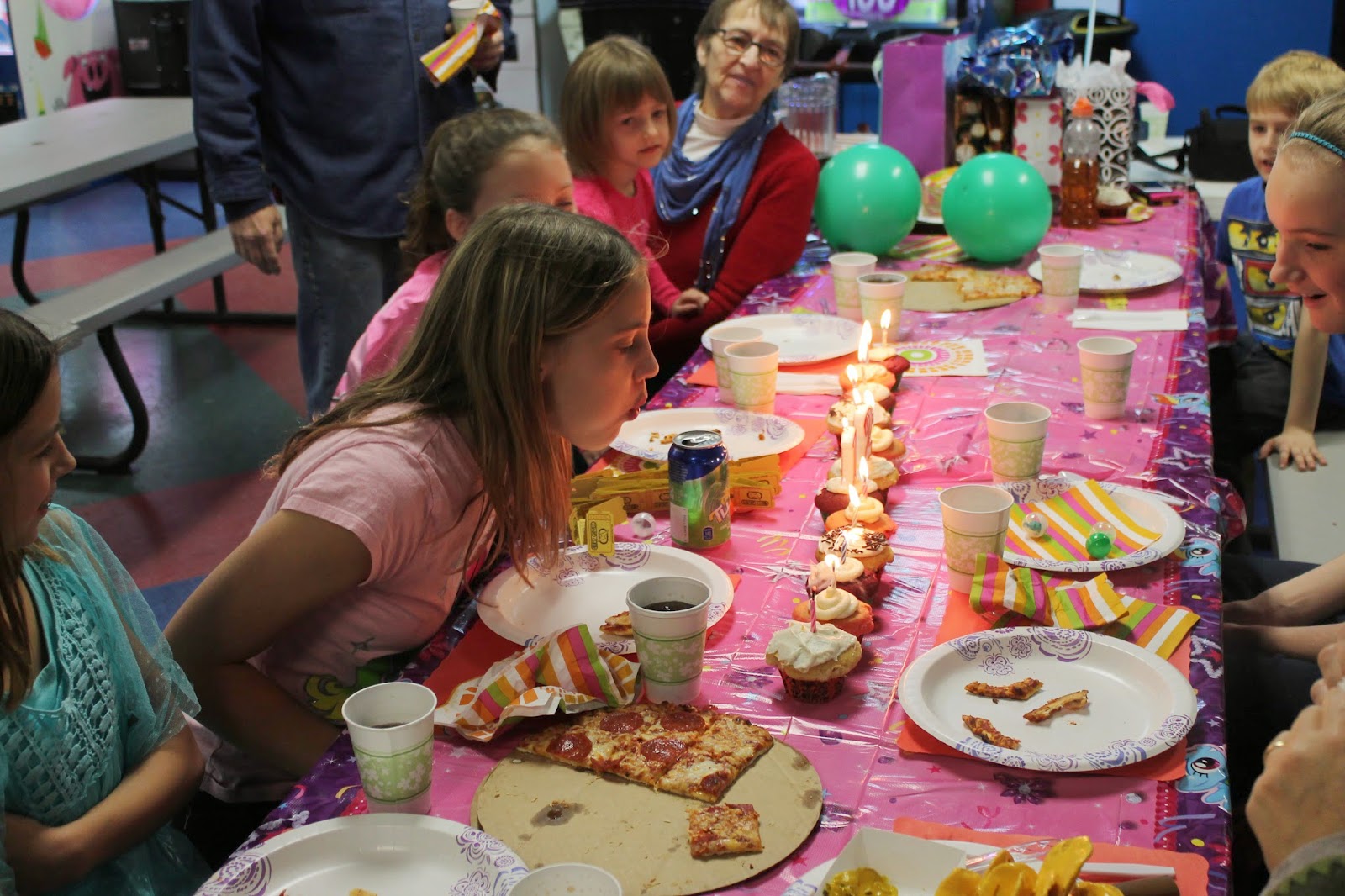 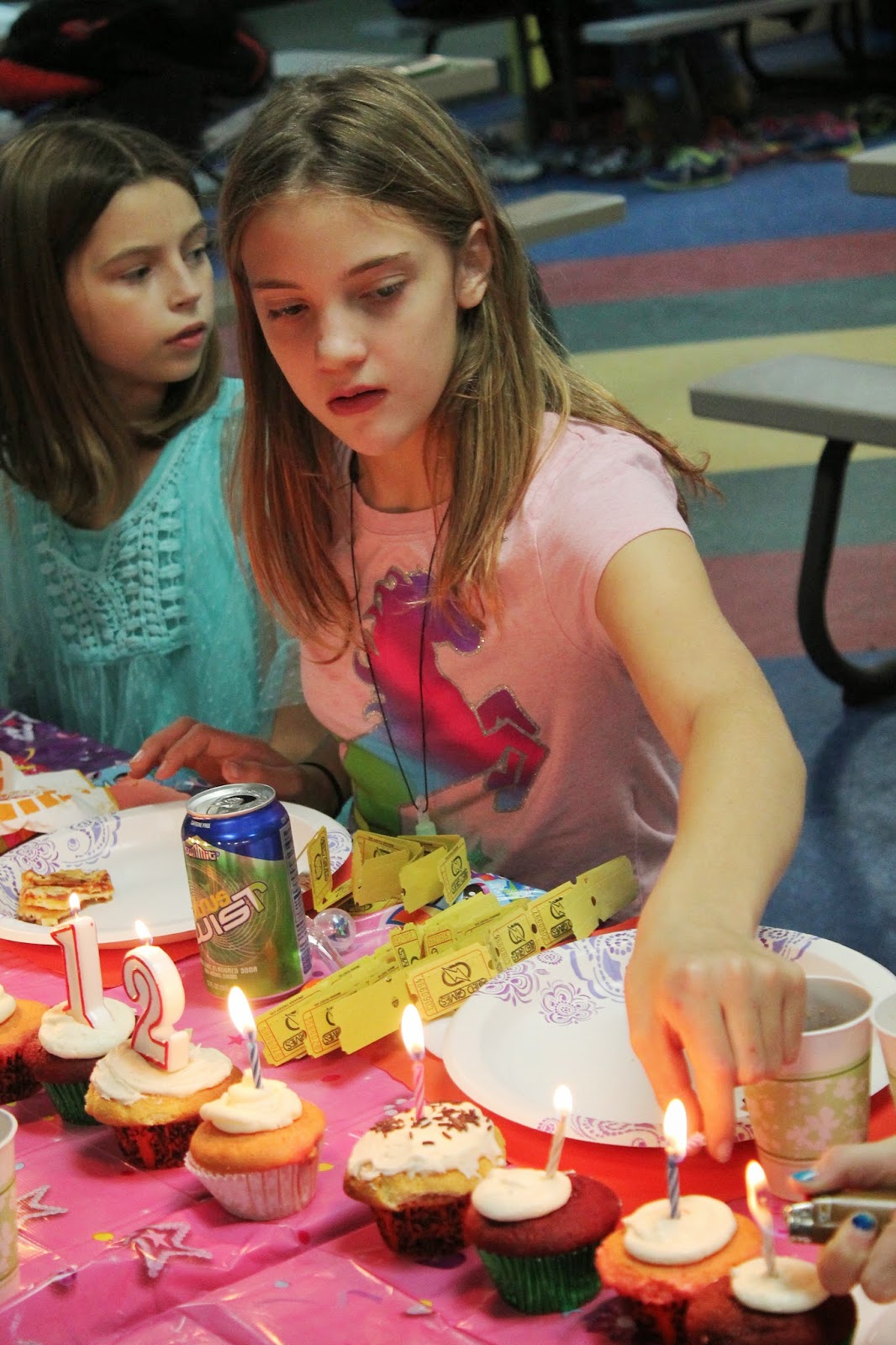 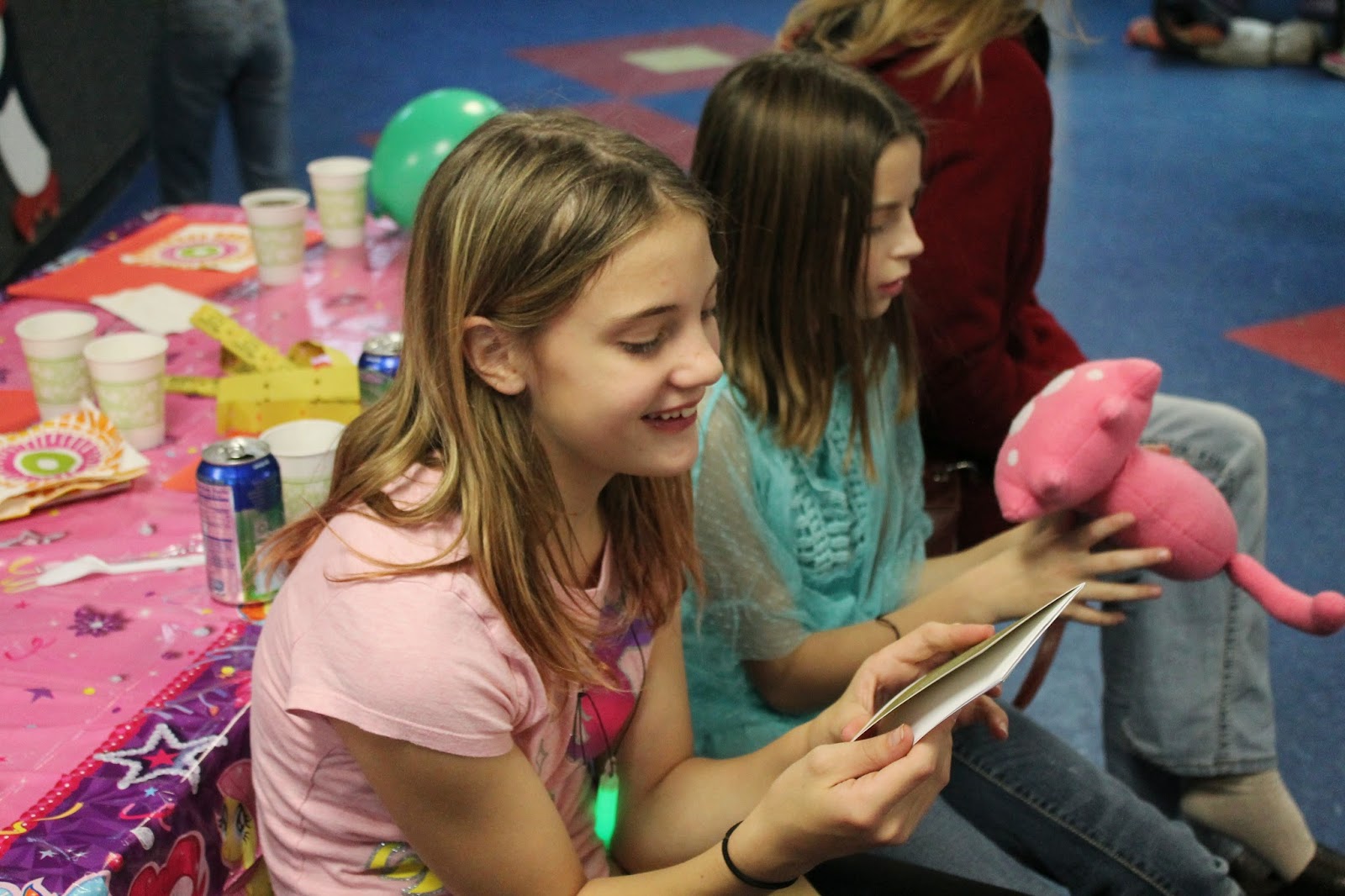 When we got home we thought that was pretty much it, but we underestimated the staying power of a 12-year-old’s birthday party.  One friend had to go home directly from the skating rink and we assumed that two of the remaining three would leave from our house.  And they did, but not until all of the remaining three (as opposed to the one we had expected) had spent the night.

There were games.  There were Oreos.  There was the season finale of Doctor Who, which not everyone was interested in but which we were going to watch anyway, party or no party.

Is it just me or is the Master one of the most seriously annoying characters in the entire Doctor Who universe?  I keep hoping that someone will squash him (or in this incarnation, her, making her the Mistress, I suppose) like a bug and we can move on to things that are more fun.  Maybe it’s just me.  Who knows.

We got our house back sometime this morning, and now it is time for the usual frantic activity of the weekend – grading, prep, and all of the things that teachers come to expect on weekends, plus groceries and laundry and so on.  But for a time there was a party, and wasn’t that a time?