We’re getting closer to Halloween, which means that Lauren is slowly reaching a boiling point.

It’s her birthday, after all, and Lauren takes her birthday very seriously.  “We should think of something special to do!” she’s been saying for weeks now.  “I will only turn twelve once in my lifetime!”  Which is true, as far as it goes, although the same could be said for any particular day.  She does not really appreciate me pointing this out, but that is what parents are for – to prepare children for the world.

Fortunately, she has decided that she would like to have her birthday a week after her actual birthday, as it gives her time to get all the planning done.  We’re good with that.

Now we can focus on Halloween.

And one of the traditions which the girls have happily taken over from us entirely these days is the carving of the pumpkin.  Or, pumpkins, as there are multiple girls and therefore there must be multiple pumpkins.

We were driving home from a family event yesterday when we passed one of those roadside pumpkin stands that one sees in rural areas – sixty or seventy thousand pumpkins (by my rough estimate) surrounding an honor box where you can deposit money when you’ve made your selections.  They chose a couple of likely looking pumpkins, we deposited the correct change, and away we went. 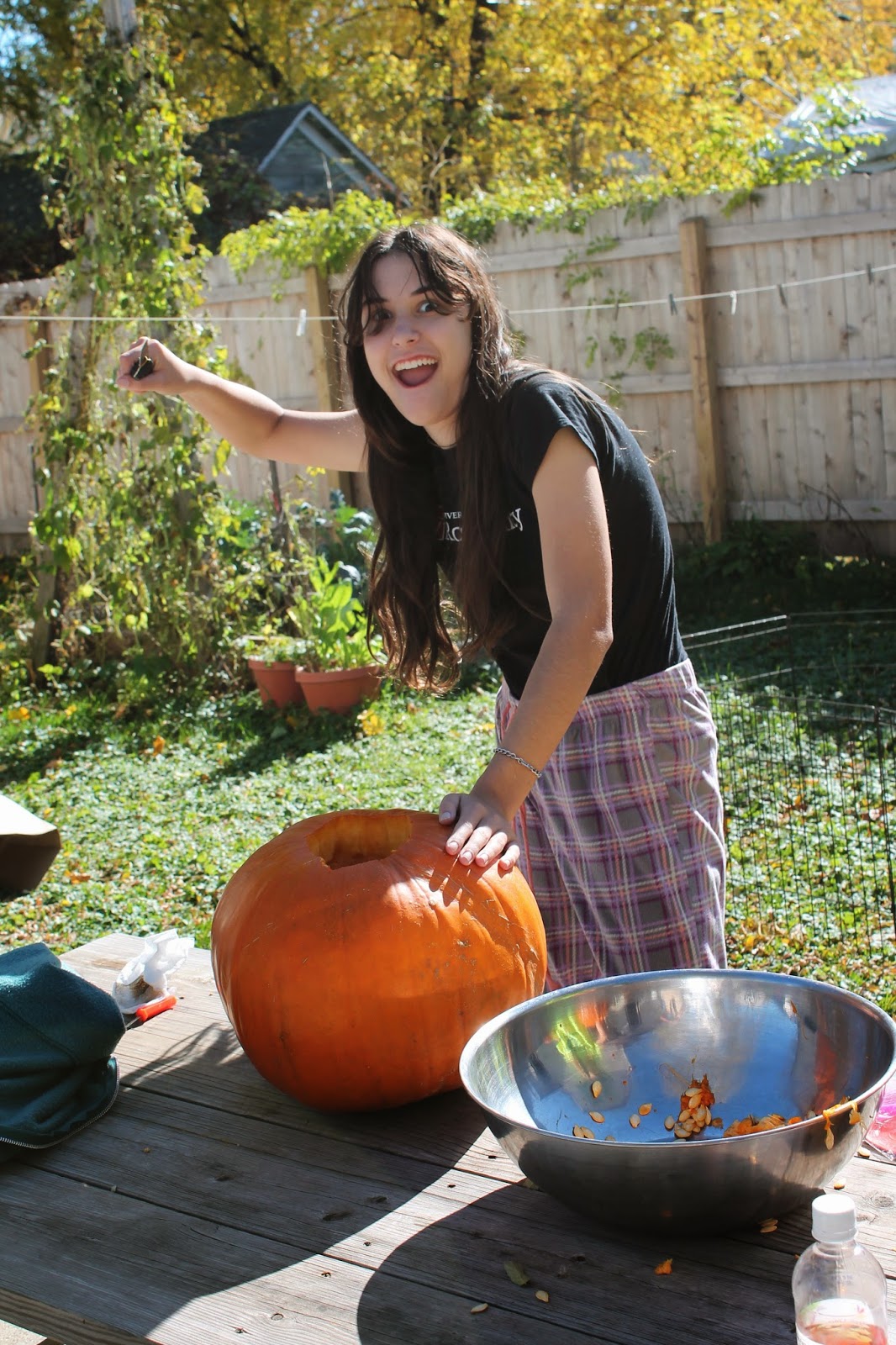 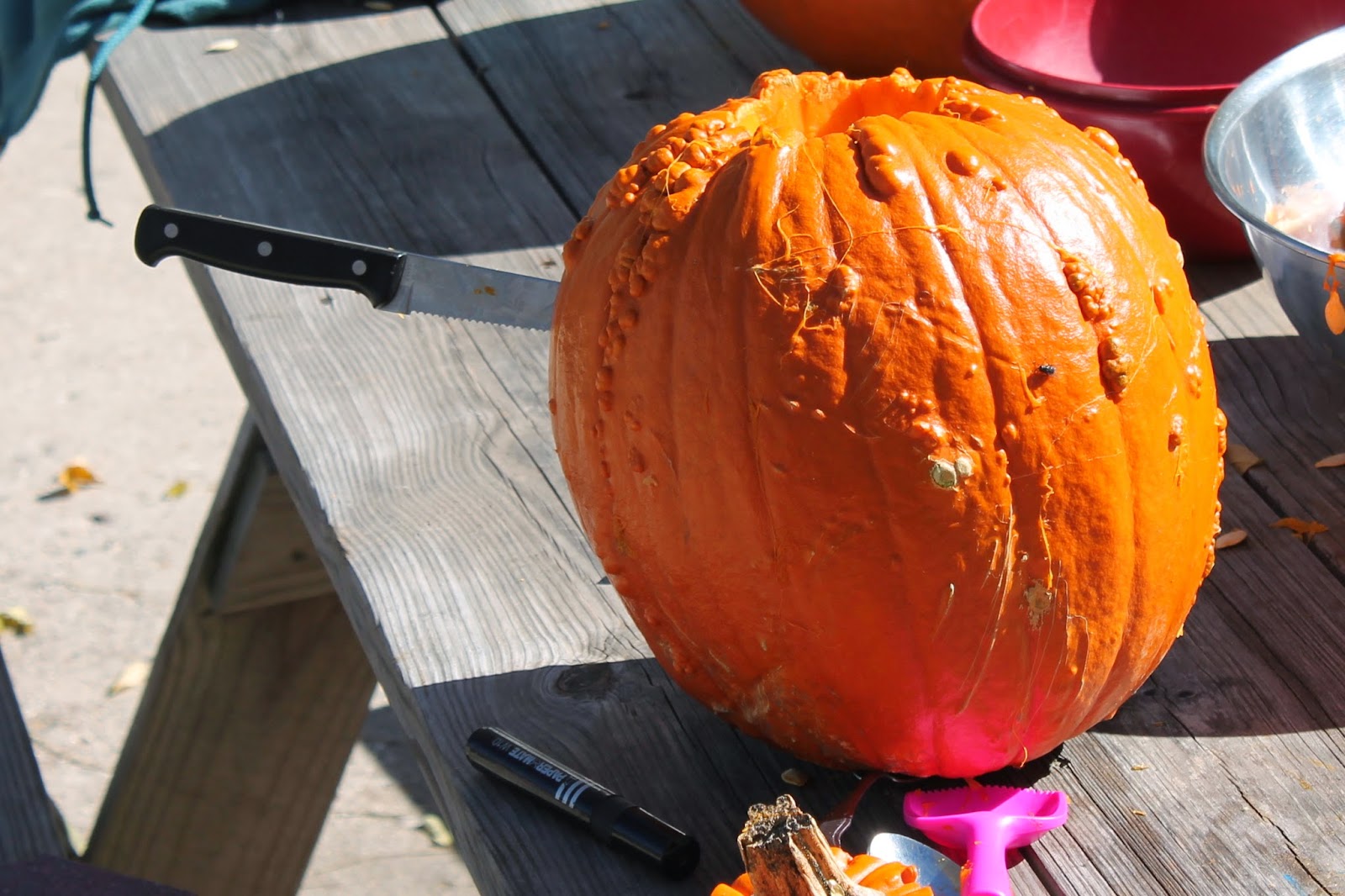 Well, it seemed like a good idea at the time.

They took their pumpkins out to the back and set about slicing, dicing, and conducting unauthorized medical experiments, most of which seemed to involve some kind of brain surgery. 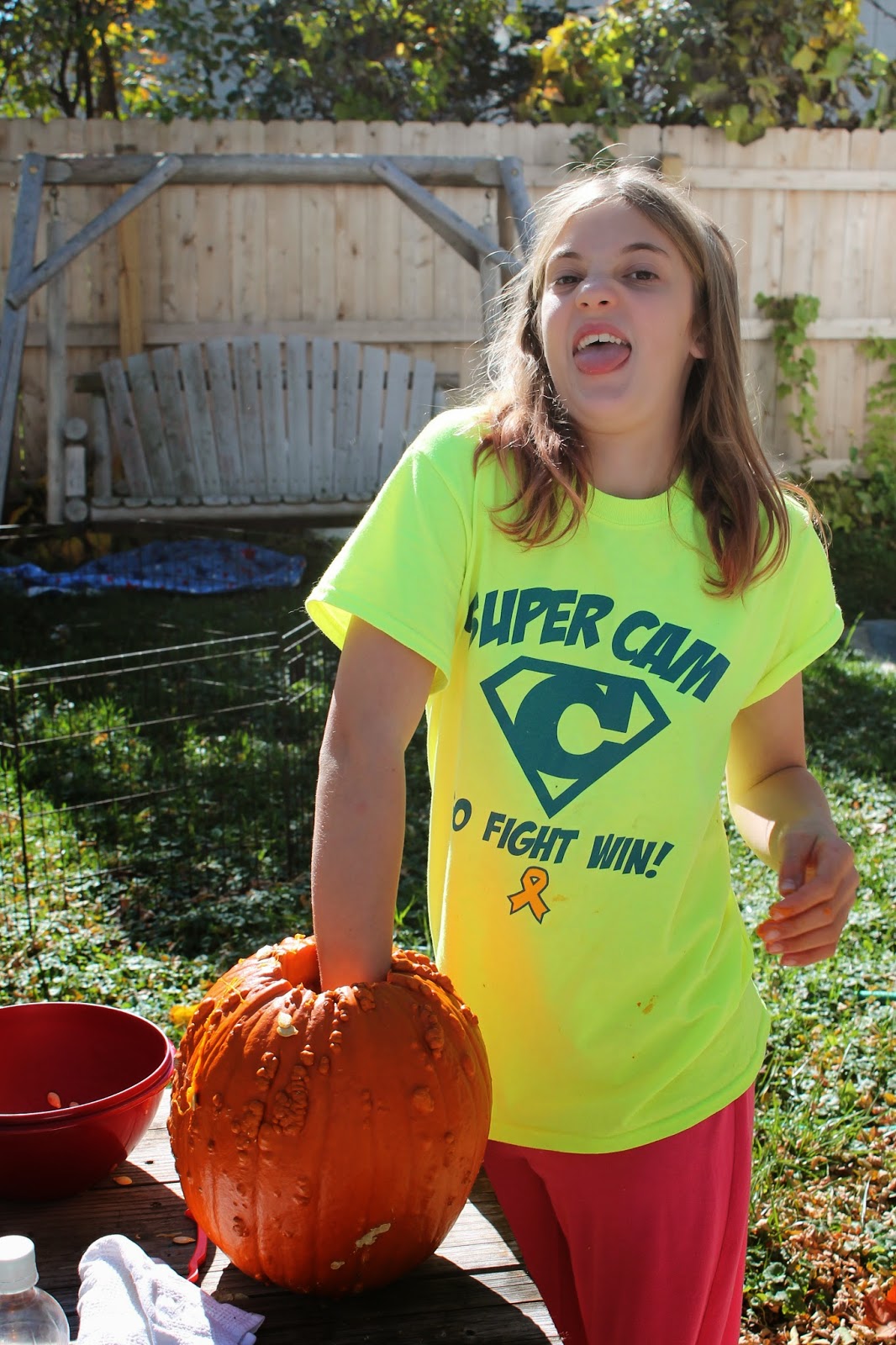 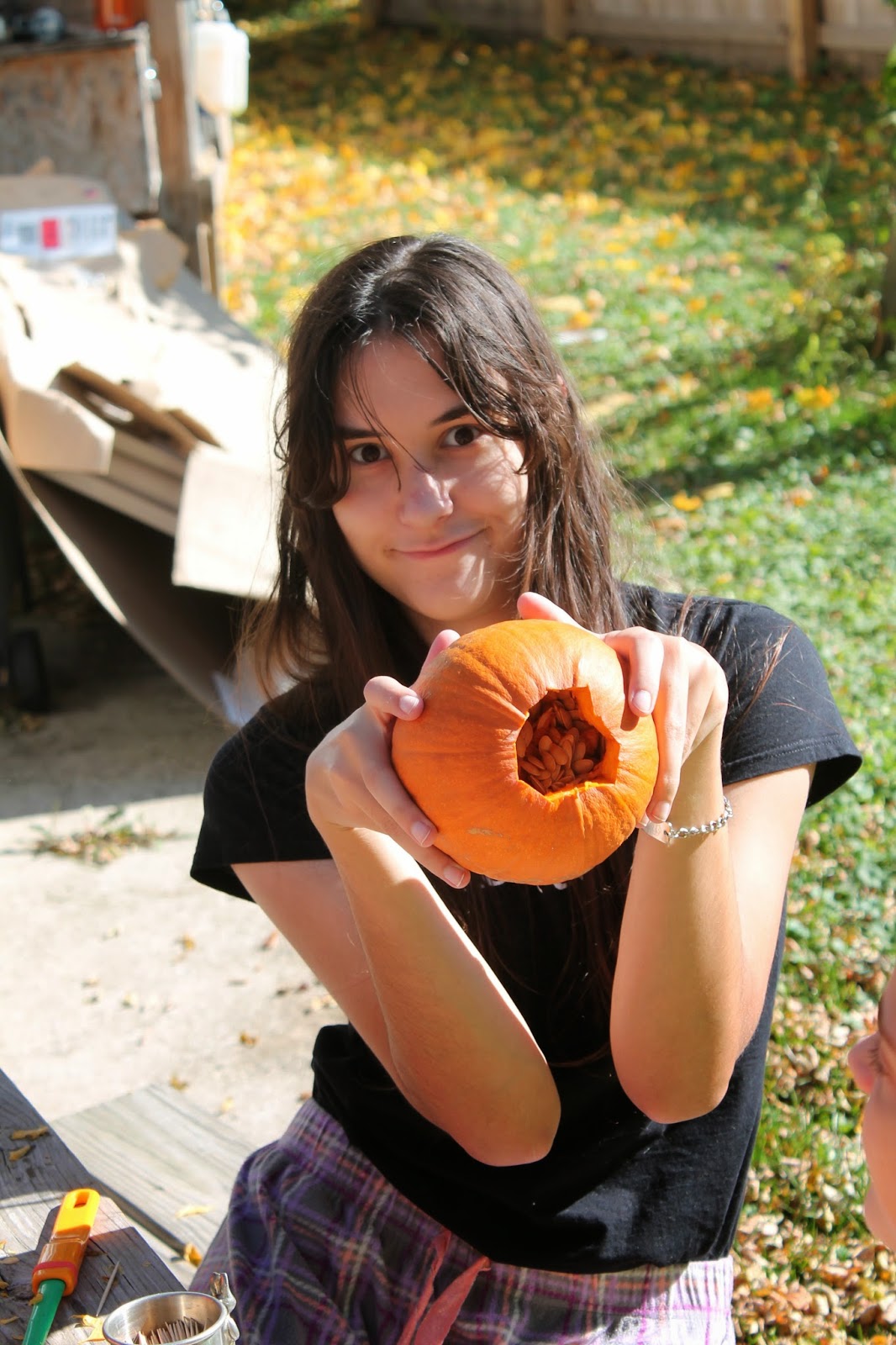 Eventually designs emerged, and now the finished pumpkins are guarding our house – keeping away the evil spirits which lurk in our neighborhood trying to convince us to vote for various candidates.  Whose bright idea was it to put election day so close to Halloween anyway? 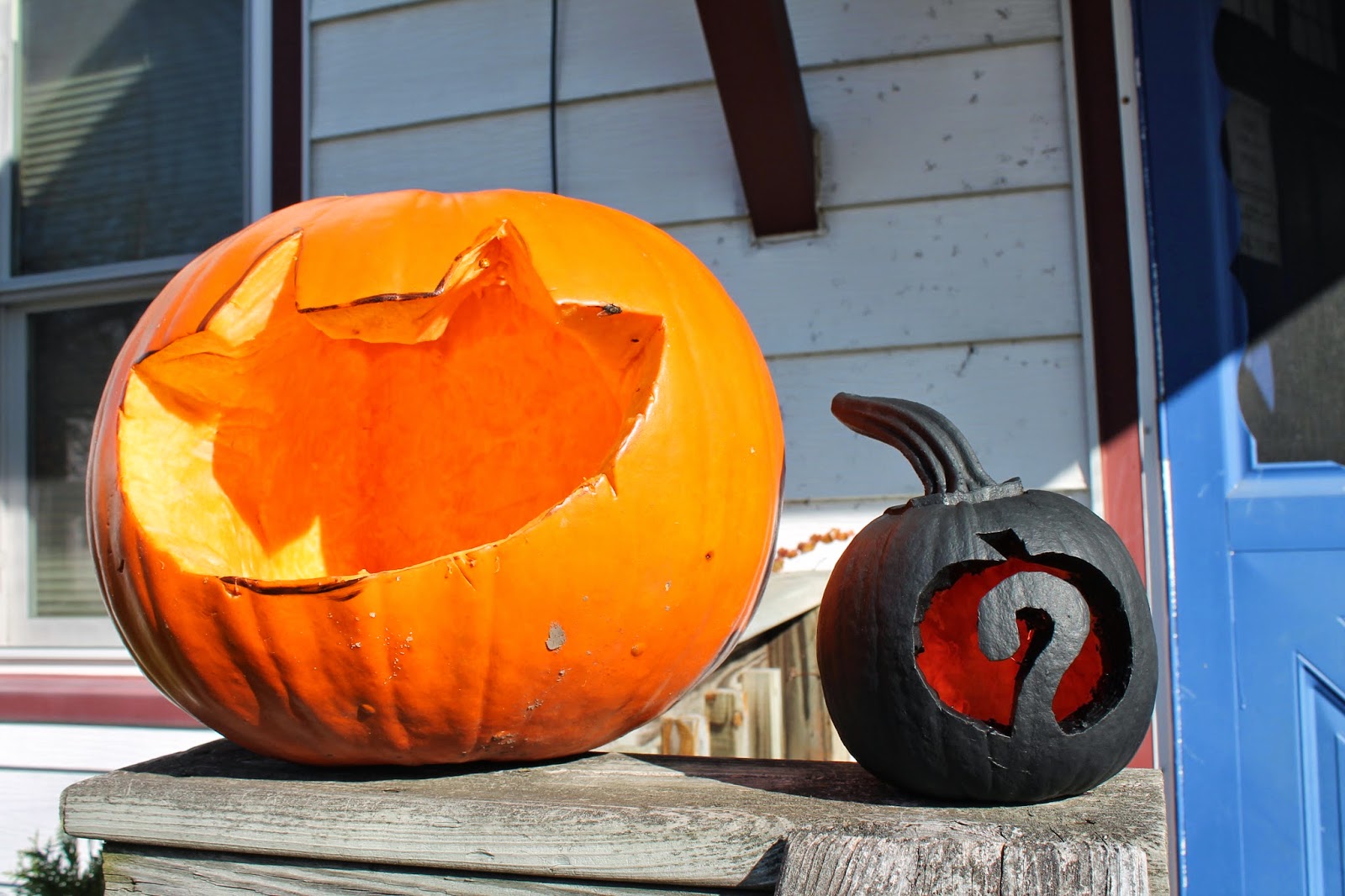 And this one is Lauren’s. 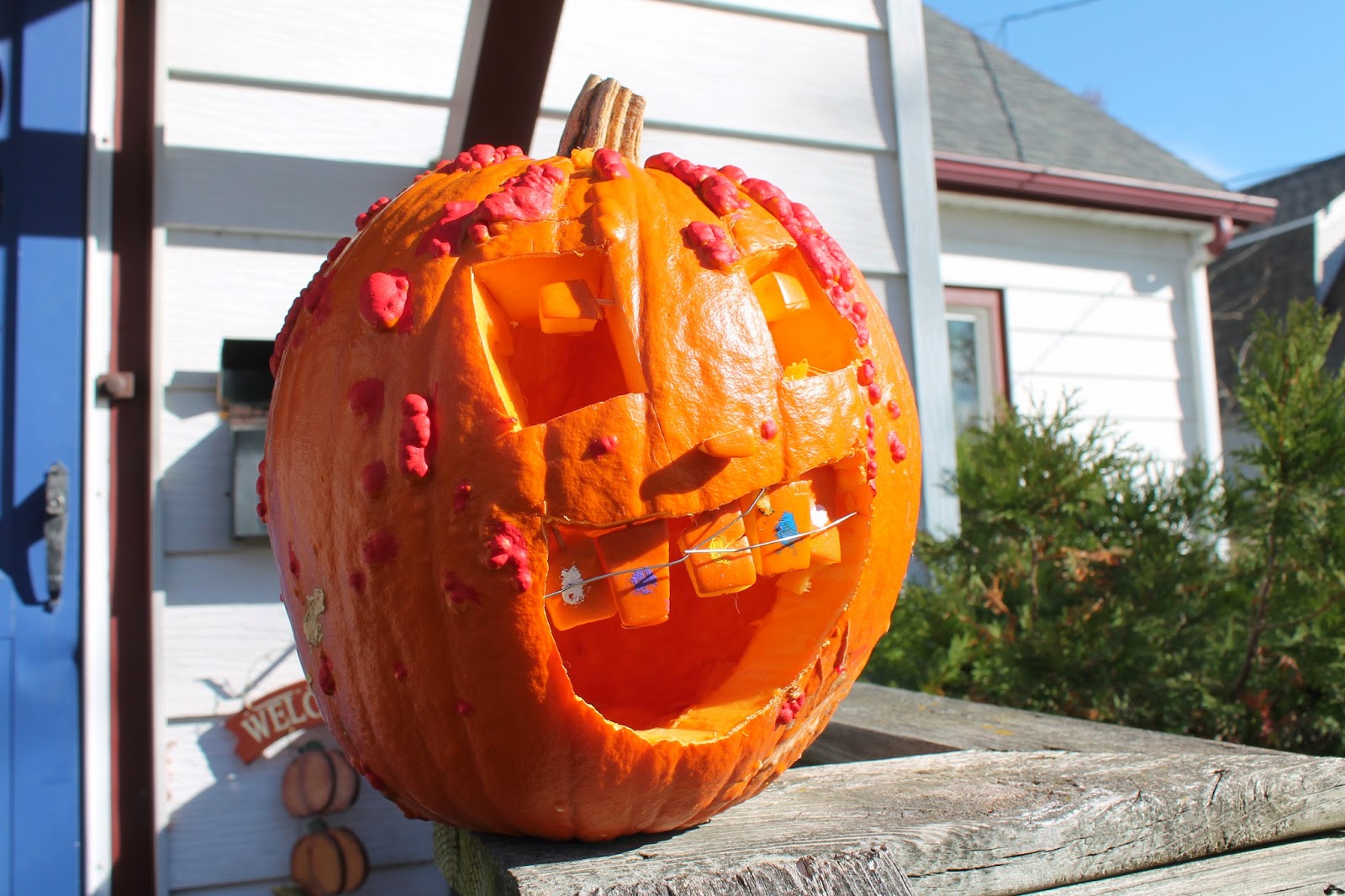 Here's what I love about these pumpkins.

The little black pumpkin is nice and ambiguous. Is it a question mark? Is it a cat tail (so close to the cat face)? It's also cool that it's black on the outside, making it look bigger on the inside.

And the warty pumpkin, covered with acne, sporting braces on its multicolored teeth. An homage to the teen years for sure.

Now if we can just keep the squirrels from eating them until Saturday morning. :)

And, no, we could not keep the squirrels from eating them. Pumpkin repair commences this afternoon.