Fooling Around With The Money

I am of two minds regarding the new penny.

Have you seen it? Apparently they finally got tired of the Lincoln Memorial on the back, after fifty years. I can understand this. The Lincoln Memorial is far and away my favorite of the monuments in Washington DC, but fifty years is a long time for a coin design. So now, after a rotating cast of four different designs from Lincoln’s life last year, on the 200th anniversary of his birth, the mint has decided not to go back to the Memorial design and instead put a shield on the back. 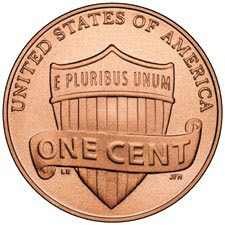 On the one hand, we have the world’s most boring money in this country and a little variety is a welcome thing.

Except for the nickel and some temporary designs meant to celebrate one thing or another (Bicentennial coins, anyone?) our coins haven’t really changed since 1946. At least not the coins people actually use. Sometimes you see a half dollar (1964), but except when contrarian cashiers are having a laugh by handing them out, you almost never see any of the various dollar coins that have been tried over the years. So a new permanent design is kind of nice. Plus, it’s not a bad little design. It looks, in fact, a bit like the two-cent pieces that Lincoln might have seen at the end of his life, so you can even make a historical case for it. 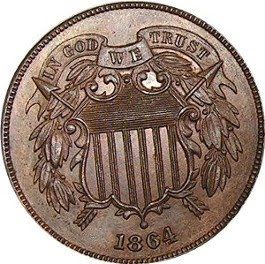 On the other hand, though, it does continue a rather disturbing trend of new coins looking like arcade tokens.

The new presidential dollar coins are only the most egregious example of this, with the portraits of the presidents on the front looking like one of those matching sets you used to get in cereal boxes. Every time I see one I have to fight the urge to look for a pinball machine to put it in.

The state quarters were a mixed bag, with some being quite nice while others being, well, less nice. But now that they’ve run out of states and territories (did you see the Guam quarter? did you know we owned Guam?), they have moved on to honoring tourist attractions. I’m sure Hot Springs, Arkansas is a wonderful place to visit, but I’m not sure it rises to the level of money.

Even the new Jeffersons that they put on the nickel were just off, somehow. The first one made him look like Bob Hope. You wondered when the Bing Crosby dime would be introduced. 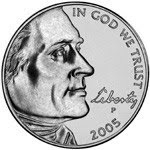 And the second one makes him look puzzled. I feel your pain, Tom. 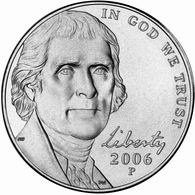 This decline in American coins is saddening, really. Unless you’re a collector, you probably don’t know that we’ve had some beautiful coins in our past, before the arcade lobbyists took over the mint.

The Standing Liberty quarter, for example, our only soft-core coin. The first year they minted these, in 1916, they stuck with the traditional representation of Liberty, the one where her shirt only covers one of her breasts. This being America, the land that brought you the phrase, “wardrobe malfunction,” you can guess how well that went over. And sure enough, the following year they had her in chain mail just to reinforce the point. But it was still a great design. 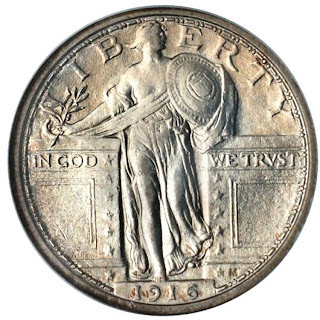 There was also the Walking Liberty half, back when people still used half dollars. 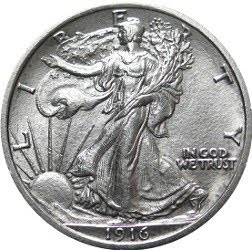 Or the crowning glory of American coins, the St. Gaudens $20 gold piece. 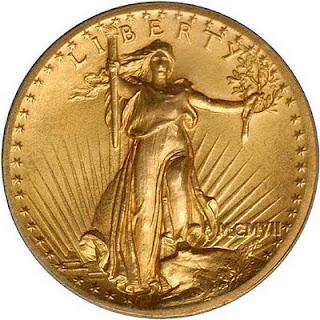 The new penny doesn’t rise to that level, really, but while I do feel like I should be playing skee-ball with it, at least it is an attractive arcade token. That’s something.
Posted by David at 9:46 PM

You're right - those Liberty coins really are beautiful. I always like the Susan B Anthony coins, too. arwor

Why are we wasting money minting pennies? What costs a penny? Nothing! And no, we don't need to be exact and say something costs $1.29 when it really costs about $1.30.
Pennies are useless in Europe and are even more useless in the States. That's my thought and it'll cost you two cents.